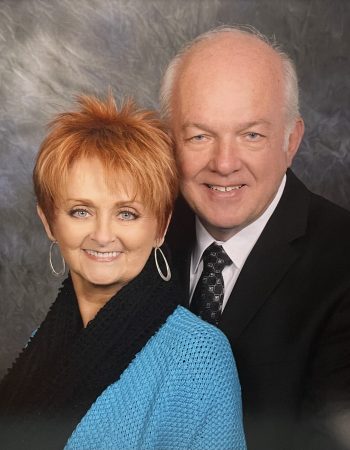 In 1977 they began serving as Senior Pastor of Eastside Baptist Church in Sioux Falls, South Dakota until August of 1984.  In 1984 they moved back to Michigan and started Bethel Baptist Church of Bay City, Michigan.  At this time in Bay City, he also worked in business for several years while working in church work, in Bay City. Pastor Rick served in the area of Sales Development, Sales Manager, General Manager and President of a Company at which time they brokered and sold the company.

Pastor Rick and Anita came back on the pastoral staff of First Baptist Church of Canton, in January 2009, as the Administrative Pastor and served in that capacity until October 2014.  In October 2014 First Baptist Church asked Pastor Rick to serve as the Interim Senior Pastor, which he did until February 15, 2015 at which time the church voted him in as the Senior Pastor.

Pastor Rick and Anita have been married for 51 years, they have three children and eight grandchildren.